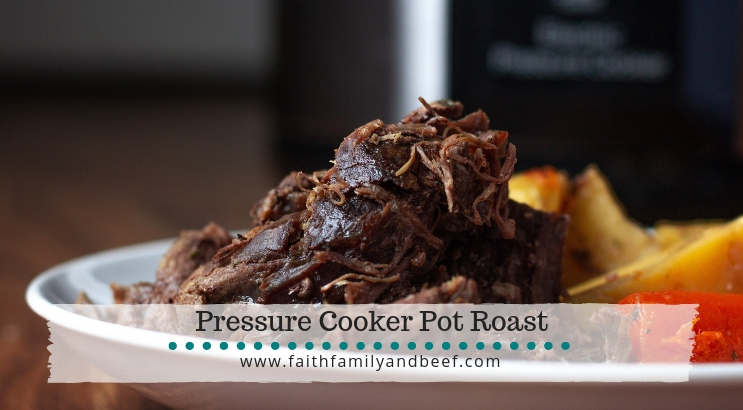 I’ll admit it took me a while to jump on the pressure cooker bandwagon. Quite frankly, the whole idea of cooking under pressure scared the bejeezus out of me. But I am so glad I finally gave into the peer pressure and purchased a pressure cooker, if for no other reason than that I can make this Pressure Cooker Pot Roast in less than two hours.

That’s fast, friend. Real fast. Especially considering reaching pot roast perfection by any other cooking method takes nearly half of an entire day. I don’t know about you, but I’m super impatient when it comes to food and eating it. So, pot roast start to finish in two hours or less is really appealing to me. So that by itself is a great reason to own a pressure cooker.

But first the rules of food safety! Here is the short list:

Some of the links within the remainder of this post are affiliate links, some of them are not. Check out our Terms & Conditions for full affiliate link disclosure and how they are used here on FFB.