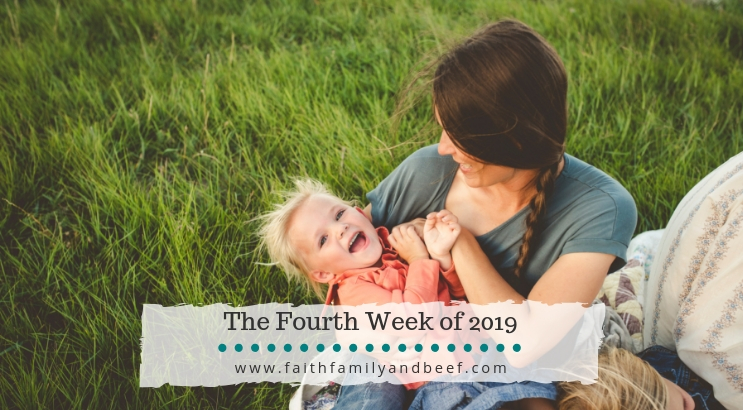 This week was a crazy one and as a result I wasn’t super consistent with my regularly scheduled journaling. In a nutshell the week was filled will cooler, more seasonable weather, four cases of the pukes, a couple of power outages (one unexpected, one scheduled), a bunch of shenanigans, and even more blessings.

Tagg woke up at around 2 this morning saying her tummy hurt and she needed to puke. I hopped up outta bed to help her get to the bathroom (she can’t reach the light to turn it on yet) and the dang power was out…

So, I go to get my phone for the flash light, fumble it in the air, and drop it on the floor somewhere at the end of my bed. All the while Tagg’s following me around on the carpet about to blow at any moment.

It was madness, I tell you! But thankfully we made it to the bathroom in time.

I set her up with a bowl and she went back to bed. When she woke up, she said she felt fine. She ate some oatmeal and minutes later puked. Again, thankfully she made it to the bathroom.

She’s eaten food and kept it down since then, but I’m still doing that thing where you’re like “I think my tummy hurts, but does it” 🤔

Yesterday, I needed to pick up a trailer from another unit of the ranch about 10 miles on the other side of town. I waited til the kids got out of school, picked them up, dropped them off at midweek church school, and headed over to get the trailer.

Before I left, I let the midweek teachers know where I was going and that in theory I’d be back in time to get the kids, but that was just a theory and I might actually be late because such is the way of ranch life and I was picking up a 30(ish)-foot trailer with which I had no prior experience.

I got there without incident and backed up square with the hitch. The only problem was that it was about an inch too short for me to get under. No problem.

I hopped out to jack it up a little more but found that it was jacked to the max. Problem.

I sent Mr. FFB to see what I should do. He responded asking if there was a tractor available. There was. So, I moved the pickup, blocked the trailer wheels, and picked the trailer up with the tractor just high enough that I could get blocks under the jack stands. I carefully set it back down and backed the pickup under it.

When I jumped up on the flatbed of the pickup to latch the hitch and plug in the lights, I noticed that there was a jack on the tongue of the trailer. I could have easily cranked it up leaving room to get the pickup under. It would have saved me time and I wouldn’t have been late. But I also would have had to maneuver that extremely long trailer into, and out of, a full church parking lot.

It was a subtle little reminder that God’s always got us and that sometimes the hard things end up being blessings in the end.

PS – I know the photo by Adrianna Junck Photography has nothing to do with this entry. I just really like it, that’s all.