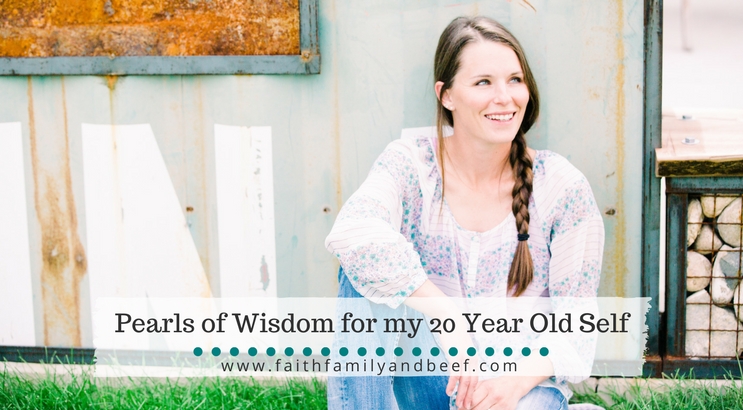 I was blessed with the opportunity to be part of the first ever Engler Women’s Mentorship Program as a mentor to young entrepreneurial women. On day two of the event, each of the mentors gave a short presentation on where they started and how they got to where they are now, each imparting little pearls of wisdom and things they’d learned along the way.

After presenting my story and soaking up the stories of the other mentors like a sponge, I realized that we were all sharing with these young women things we wish we’d known when we were their age. One of the other mentors was way ahead of me on that realization and actually had her list written out and ready to pass out during the program. Nevertheless, I thought it was a great idea. So, here are mine.

Trying to be someone you’re not to fit someone else’s mold will leave you feeling jaded. You’ll feel grouchy all the time because you are. Your grouchiness will permeate every relationship you have, and eventually it will become such a constant emotion that you might even convince yourself that grouchy is just how you are.

I can assure you, it’s not.

You are not naturally grouchy. But grouchy is what happens when you are not you. Trying to meet someone else’s expectation of you is SO tiring. And tired equals grouchy.

Where you think you’re headed and where you’re actually going may be vastly different destinations. And that’s okay.

Your plans and God’s plan for you may not always align. But don’t worry – He’s got your back. He will give you signs, and sometimes straight up roadblocks, that will guide you and set you on the path to where you’re meant to be.

It’s something I’ve learned over the years. Where I’ve ended up is nowhere near where I was headed at the ripe old age of 20. Believe me, I never in my wildest dreams pictured myself being an at-home-mom, ranching, and running a website and an online shop. And I never ever had any intention to make my home in the Sandhills. Like ever.

And yet, here I am. But more than that, I truly in my heart of hearts believe that this is exactly where I’m meant to be.

“Don’t tell anyone how good or great you are at something. Let them tell you.”

So, I totally stole this one from Phil Robertson, but only because Phil is a wise guy (not to be confused with wise guy) and I couldn’t have said it better myself.

Now, you might be wondering how anyone will ever know how good or great you are if you don’t tell them. And I get that. Looking at Phil’s words without further explanation can be a little confusing because they are a little vague. So, allow me to put my spin on what I believe the Duck Commander meant…

I believe this is Phil’s way of saying, “actions speak louder than words.” It doesn’t matter if you’re entering a male dominated career with four years of college knowledge under your belt or you’re the new kid in town trying to make friends – the fastest way to earn respect is to work hard and show (not tell) people what you’re all about.

Own your mistakes. Celebrate your successes.

You’re going to make mistakes, sometimes big ones. And owning them – it’s going to suck and be uncomfortable. Heck, it may even hurt a little. But, do it anyway. Own your mistakes anyway. Growth doesn’t come without a little discomfort.

And besides, owning those mistakes makes every success that much sweeter. Speaking of…

Celebrate your successes. Own those too. I mean, be humble when you have a win, but do not be afraid to be satisfied and happy with a job well done.

The truth is, marriage isn’t easy.

And anyone who tells you otherwise is either in denial or has some sort of miracle marriage going on because marriage is hard and love is a choice. It all takes constant work and two people who are willing to choose love and put in the time and effort each and every day.

I can say this because with over a decade of marriage under my belt, I know that marriage is never effortless, and never will be. It will always be work. However, I can also say with confidence that choosing to work on my marriage has been the single most rewarding thing that I have ever done.

Pick out the good things that happen every day and choose to see the blessing in every situation.

I have heard some say that old “happiness is a choice” adage is just a bunch of bullshirt (keeping it PG, friend) and that by saying that you are discounting all of the other really important feelings that aren’t happiness. But I have to respectfully disagree.

I’m not saying those other feelings aren’t important. They are. Sad, mad, annoyed – we need to feel those things. But it’s our choice what we do next after we’ve felt all the feels. We can choose to stay in a state of disgruntled unhappiness, or we can choose to escape all of that. We CAN choose happiness. I know because I’ve had to actively make that choice.

For the better part of a year after my son was born, I was in a constant state of disgruntled unhappiness. I wouldn’t say that it was postpartum depression as much as it was miscommunications with my husband, stemming from not having my priorities straight (see below). Anyway… after I decided that wasn’t any place I wanted to be, I started praying and picking out one good thing that happened each day.

Once I had it picked out, I focused all of my energy on that one good thing. When I did that, it made it really hard to focus on the bad and stay in my disgruntled state. By choosing to focus on the good, I was choosing happiness. This little exercise is something I’ve kept up doing every day since and built upon by looking for the blessing in every situation – even the less than stellar ones. And I’m telling you, friend – it works.

Get your priorities straight.

This is arguably the biggest/most important piece of advice I have to offer. Priority numero uno should always, always be your relationship with God. If it isn’t, you will feel the (negative) effects. And when you keep Him first and involved in every aspect of your life, you will also feel the effects (a.k.a. countless blessings).

When you add a husband and kids into the mix, remember to keep your relationship with The Man Upstairs number one in the line-up, followed by the hubs, and then the kids. Again, if you get these out of order, you will feel the (negative) effects. But if you keep your priorities straight, everything else will fall in line. I promise.

So there you have it – my pearls of wisdom, my life’s lessons all wrapped up into seven nuggets of knowledge for my 20 year old self, or really anyone willing to read/listen.

What about you? What would you add? What are somethings you’ve learned along the way that would have helped you on your way?

I didn’t grow up ranching. I grew up on a feed y

The good Lord gifted me with the ability to see ma