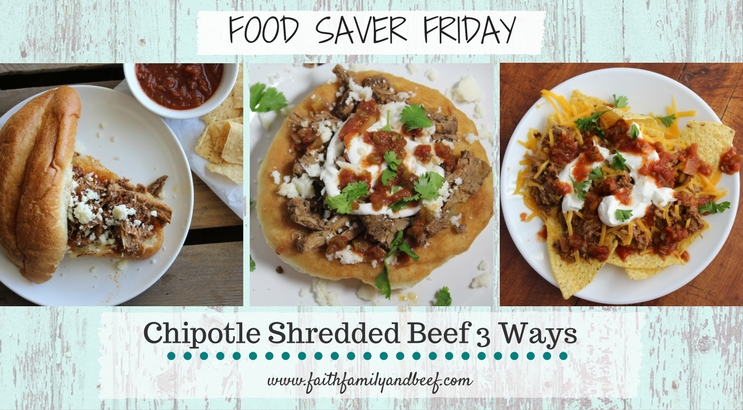 I am a bit ashamed, you guys…

It has been two full months since the last time I offered up any food saving tips. I blame myself for letting the holidays and my blind ambition to give FFB a face-lift get in the way of bringing you anything brand new in the way of food saving suggestions. That ends today.

From here on out and into the foreseeable future, which right from the looks of my editorial calendar will be at least through the end of June, there will be a fresh food saving goodness up here on the final Friday of each month. And, I want you to hold me accountable. That’s right. If I am slacking off, don’t be afraid to send me a kick-in-the-pants message to get my hiney in gear.

Speaking of accountability – back in October I started a group on Facebook to help hold participants in The 30 Day Food Waste Challenge accountable to their food saving goals. Originally, the group was just going to be for the 30 days of the challenge – and it was, as I let it fizzle out after that…

Anyway, I have decided to change the name of the group and open it up as an all-the-time food saving accountability group. The group will still focus on the tips and techniques from the 30 Day Food Waste Challenge. I will still be going live in the group on occasion to discuss what’s working in our home. And, as always – sharing of food saving, tips, tricks, and most especially wins will be strongly encouraged. If you are interested in joining the group click HERE.

Well… That was a bit of a long winded tangent. I get on those on occasion. Okay, back to the business at hand.

I may have been slacking off on writing about my journey to less food waste, but not on the actual journey. At the risk of sounding like a braggart, we have actually been doing a pretty decent job of limiting our waste here recently. Allow me to explain.

Some friends gave us a butternut squash, which I had been holding on to for way too long, but that’s beside the point. I finally decided to use it to make Butternut Squash Bread. If you haven’t tried it already, you totally should because it’s just pretty darned tasty. But, the recipe for the bread doesn’t even come close to using up all of the puree produced by one butternut squash.

So, with the leftover puree and some leftover steak (I’m actually kind of embarrassed that we had leftover steak… but – we did), I made a delicious beefy butternut squash soup, which calls for chipotle sour cream made from – you guessed it, sour cream and chipotle peppers. If you want the recipe for the soup and the sour cream, you are in luck – but, you’re going to have to wait. I am collaborating with my friend Michaela from Cowgirl Boots and Running Shoes on an e-cookbook, featuring that recipe and around 15 (give or take) other hearty recipes.

The moral of that story is that I had a bunch of chipotle peppers leftover, which I was able to use (and not waste) in making Chipotle Shredded Beef. The recipe yields roughly three pounds of shredded beef. What’s great about that is that it’s so versatile it’s basically the perfect recipe for crafting leftover makeovers. And, I do love me a good leftover makeover. Plus, it’s one of those wonderful, and sometimes elusive, recipes that you only have too cook once, but can eat thrice – at least.

This variation is probably my most favorite, and definitely the one I am the most nostalgic about. When my husband and I were first married, I used to make Chipotle Shredded Beef pretty regularly. And, this is how we would eat it – on fry bread topped with sour cream, cheese (queso fresco is our favie), salsa, guac, sometimes sliced radishes and cilantro.

I make the dough for the Best Buns Ever. I let it rise once. After the rise, I separate the dough into 10 to 12 pieces, stretching or rolling them out into six-inch rounds. Then I fry them in hot oil in a large skillet for two to three minutes on each side, or until each side is a beautifully crispy golden brown.

Anyway, eating Chipotle Shredded Beef Navojo taco style just brings back memories of a simpler, quieter time before the commotion of kids. Now, don’t get me wrong, I LOVE our kids. But, I also love my husband… and food. And, this brings back fond memories of both.

If I’m being honest, then I must confess – I just came up with this variation right before I penned this mini recipe round-up. I was hungry, had a bunch of hoagies that needed using, and thought, “why the heck not eat the leftover Chipotle Shredded Beef on a sandwich?” So, I brushed a hoagie with olive oil, sprinkled it with paprika and toasted it. Then, I topped it with the shredded beef and some queso fresco. And – it was delish!

I have decided, though, that when I make this sandwich again, it will be adorned with more condiments. Like, I’m going to dress it up with some chipotle sour cream or mayo, some banana peppers, and maybe a dash of hot sauce.

Ah… nachos. Who doesn’t love nachos? I mean, really? They are just so darned easy to throw together and they are beyond versatile. You can basically top corn chips with just about anything and call them nachos, including Chipotle Shredded Beef. Which, we have done many times.

There you have it – Chipotle Shredded Beef 3 ways.

But – the leftover makeover fun doesn’t have to stop with these three tasty transformations of Chipotle Shredded Beef. Just sitting here, I can come up with three more that I am going to try next time I make it. What about you – how would you use it? What variations would you cook up?