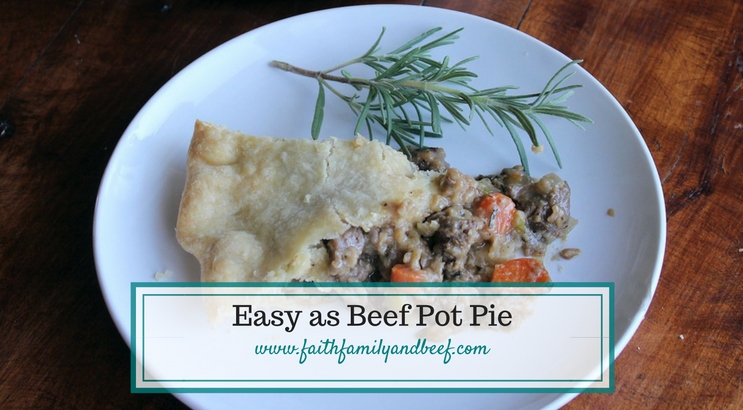 As a general rule, pies can be made with the greatest of ease, hence the phrase “easy as pie”. This beef pot pie is no different. Okay… It may be slightly more involved than say, an apple pie, but the work is totally worth the reward.

In addition to being fairly simple to make, this meaty medley includes three out of five of the food groups, and kids love it! Last time I made this beef pot pie, it got the seal of approval from two toddlers and three preschoolers – no joke. Now, I don’t know about you, but finding a meal that is healthy, hearty, and kid approved is kind of a big deal in my book.

If you make this Easy as Beef Pot Pie, I’d love to hear if your family loved it too!

I transfer my crusts by folding them in half and in half again. Then I gently unfold them into my pie plate.