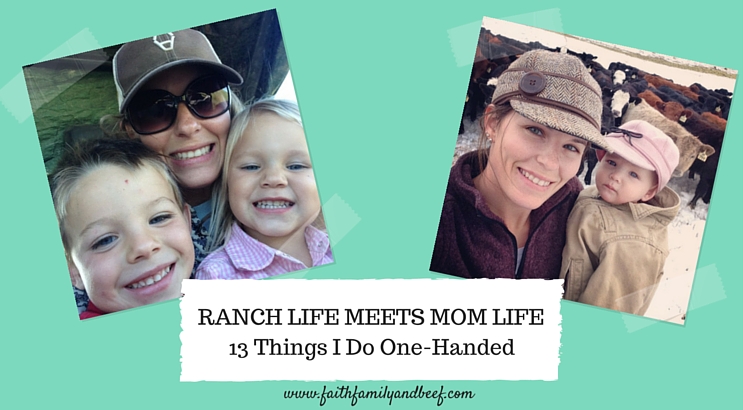 A while back whilst I was perusing the blogs I follow, I came across this headline from The Whole Cook, “37 Things Motherhood Demands We Do One-Handed” and I just knew it was going to be good! As I read through Christina’s list, I found myself smiling and nodding in an it-would-be-funny-if-it-weren’t-so-true kind of way. She really just hits the nail right on its little head with every. single. one.

Moreover, her list inspired me to think about some of things I do when ranch life meets mom life – when there are chores to be done, but I only have the use of one hand because I have once again forgotten my handy woven wrap, and thus, my other hand is otherwise occupied by one of my kids.

As proficient as we mothers become at doing all things one-handed (we should add this to our resumes, I mean really), I think we can all agree on our deep appreciation for the use of both of our hands. That is, on the rare occasion we get to use both of them.